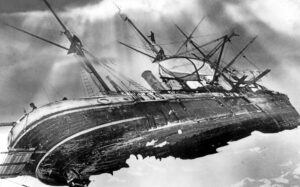 Last month we traced the course of the ill-fated Donner Party as their wagon train attempted to cross the Sierra-Nevada mountains and reach a place they considered to be paradise: it was California. After being stuck for three months in cabins near Lake Truckee, 44 of the 89 emigrants did reach “paradise”—but it wasn’t the one they expected. Those poor souls died of disease and starvation in spite of the fact that they had some supplies including a few horses and cattle, endless firewood, and a trout-filled lake. They were on a well-known trail and had to do little more than “shelter in place” for four months until they would be rescued. But, because of the indecisive leadership and mistakes of George Donner, half of the party died. Contrast that with the trans-Antarctic expedition led by Sir Ernest Shackleton. Their ship, the Endurance, was caught in the ice on January
Read More