Quarantine: What it Meant and How it Began

The year was 1348, and the bubonic plague was spreading its black pall of death over Europe. Venice, one of Italy’s most important ports, lost 600 citizens in a single day. The Venetian Council frantically sought a means to protect their city, and ordered the Doge (their senior-most elected official) to command all incoming ships to remain at anchor, and traders to remain outside the walls, for quaranta giorni, or “forty days.” The number of days was no accident; according to the Bible, Christ himself had spent forty days in the wilderness cleansing himself and preparing for his ministry. Forty days was a divine number.

Quaranta Girorni became, of course, the word “Quarantine”; a concept which quickly was adopted throughout the world and is with us to this day. A vessel entering a foreign port is required to anchor, raise a yellow flag (the international code flag for “Quebec”, or the letter “Q”), and wait to be cleared before entering.

The quarantining of ships entering United States ports was left to the States until 1877 when Congress passed a federal law in response to repeated outbreaks of yellow fever. In spite of the arguments over “states’ rights” and “creeping federalism,” Congress once again acted in 1893, when passenger ships arriving from Europe were accused of bringing cholera to our shores. Public Health officers dressed in uniforms similar to the Navy, boarded and examined ships before they allowed the vessels to reach our shores. 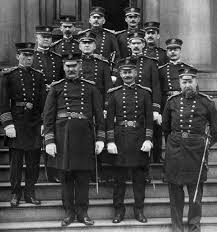 As shipping grew, the need for an overall system increased. State and local quarantine stations were turned over to the federal government, and the system was fully nationalized by 1921 when the United States acquired the last of those stations. Finally, in the wartime year of 1944, the Public Health Service Act passed Congress and clearly established the federal government’s quarantine authority.

In the post-war years, the Quarantine officers were transferred into the Department of Health, Education and Welfare, and then to the agency now known a Center for Disease Control, or CDC, where they exist as the Division of Global Migration and Quarantine. But in spite of the federal alphabet soup, the mission of the Quarantine officers remains the same: to protect our Nation from imported disease. Under federal law, the Division officers are empowered to “detain, medically examine, or conditionally release individuals and wildlife suspected of carrying a communicable disease.”

Today the “Quebec flag is lot less intimidating than it once had been. These days it means, “Request Pratique,” which in non-sailor talk means, “Please board me and check me out so I can tie up someplace.” But that doesn’t mean ships can’t be, literally, “quarantined,” and when that happens, they are required to hoist the new symbol, a black and yellow flag, and remain in “quarantine” until they are released. It seems the fourteenth century Venetians had a good idea after all. 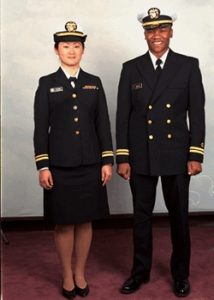 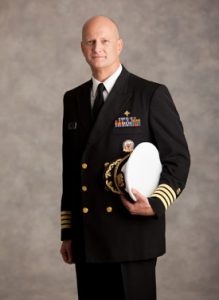 « All Hail the Entrance of the Boar’s Head!
Who Says We Can’t? »