A Blessing in Disguise

Some of life’s greatest blessings come to us disguised as horrific challenges. 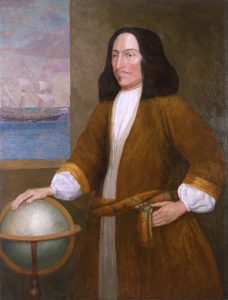 In 1609, George Somers, Admiral of the Virginia Company’s Third Supply Relief Fleet, set sail from Plymouth, England, aboard his newly-built flagship, the Sea Venture. He commanded a fleet of seven ships which carried supplies and 500 to 600 new colonists, and his mission was to provide relief support to the colony which had been settled two years earlier in North America. On July 25, 1609, the fleet ran into a vicious storm–most probably a hurricane–and the fleet was separated, with each ship having to fight for its life.  The Sea Venture battled the storm for three days and nights.  She would have survived but for one fatal flaw: she was so new that her timbers had not “set.”  The caulking was forced out of the seams and she began to take on water–lots of it.  The crew and colonists were put to work bailing, but it was no use.  By the morning of the 28th, the water was nine feet deep in the hold, and the people on board were exhausted. 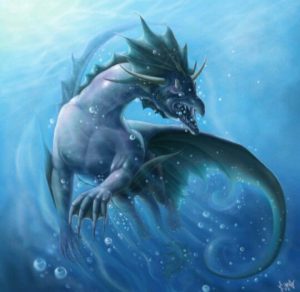 Their charts showed an unexplored island directly in their path. It had been discovered and mapped over a century earlier by a Spanish mariner, but no European had ever willingly landed on its shores. It was known as the “Island of Devils” and it was surrounded by coral reefs which, sailors said, devoured ships and the men who sailed them. Those who were brave enough to sail close to the island heard horrific shrieks, which, they said were the howls of wandering ghosts and demons who inhabited the interior of the cursed place.

The crew of the Sea Venture was faced a terrible choice.  The ship was sinking; all 150 souls on board were doomed.  Their only hope was the unexplored Island of Devils that lay rising in the morning light.  Admiral George Somers took command of the helm from the ship’s Captain, Christopher Newport, and drove the Sea Venture onto a reef that appeared to be closest to the shore.  Miraculously, all of the people on board, along with the ship’s dog, made it to the beach. 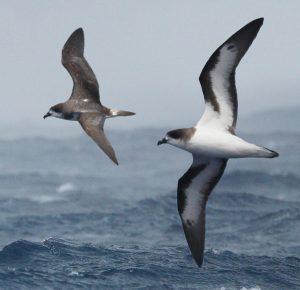 They were safe from the sea, but where were they?  After a terrifying night the survivors cautiously explored their new home. The nocturnal shrieks and howls were made by birds they named cahows: birds that had no fear of humans and allowed their eggs to be easily harvested.  The island was rife with fruit trees and wild hogs that had survived earlier shipwrecks and multiplied.  Instead of devils, the crew found an island paradise.

The crew and colonists were stranded on the Island of Devils.  As time went by, they cut down some of the cedar trees and built a church and a few cabins, which eventually became a colony of its own.  When those tasks were completed, Admiral Somers ordered his men to build two small ships so he could complete their mission to Virginia.  Sailors who lived most of their lives in dark, dank fo’c’sle’s balked at the order.  After the unknown terror of devils and evil spirits vanished, they had become quite comfortable with their fate as castaways.  Eventually, after imposing the harshest punishment on some of the ringleaders of a looming mutiny, order was restored.  They built two ships, the Patienceand the Deliverance, from the island’s trees and the salvaged spars and rigging of the Sea Venture  In May, 1610, ten months after their shipwreck, they reached their destination in Virginia only to find the people there had given them up for dead. 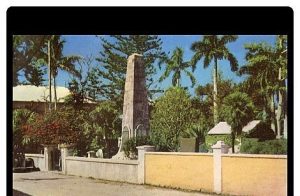 Their island was not haunted, but it did indeed cast a spell over people, especially Admiral Somers who returned there in the Patience.  He died on the island in November, 1610, and he requested his heart be buried there.  His body was taken back to England to be buried in his home near the town of Lyme Regis, but, according to island legend, a marker there in Somers’ Gardens, St. George’s town marks the location of his heart.

One final note: once the fears of a hundred years or more were faced, they evaporated.  The greatly-feared Island of Devils became a British colony.  Today it is a playground for many of the rich and famous.  Sailors from around the world enjoy its perfect sea conditions and its weather, but are still careful to avoid its many reefs.  You see, the island that was such an object of terror in 1609 had been discovered in 1503 by Juan de Bermudez, and it still carries his name: “Bermuda.”